The Top of the World Jersey Sale was held Tuesday evening, September 29, as part of the World Dairy Expo. Waiting for a start time until after Judge Heath placed the quality heifer line-up for the International Jersey Show, the crowd piled into the Estrumate Sale Pavilion. 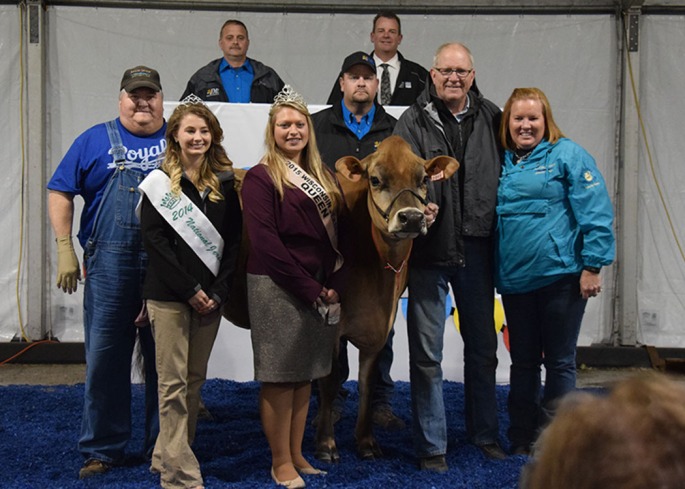 Second high selling lot of the Top of the World Sale was the last heifer in the ring, Lot 21 – Mead-Manor Tequila Pryia. Due in a few weeks, she fetched a final price of $6,400 and was purchased by Ron and Christy Ratliff, KS. She was consigned by Mike Moede, Wis. 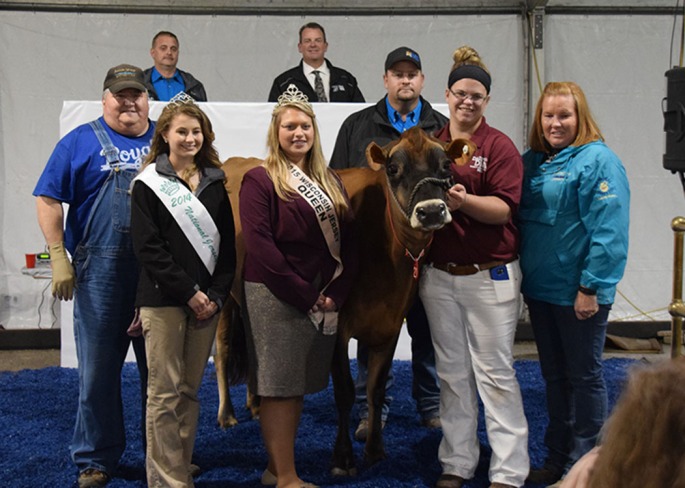 Holding the 3rd top selling lot status was Lot 16 – Covinton/Steinridge Babybelle 2-ET. She was consigned by Covington Jerseys and Jason Steinlage, IA and was purchased by Pat Gourley, OR for $6,100.

JMS would like to thank everyone for their patience with the late start, the consignors for giving up their good ones and the bidders and buyers for participating in the sale.

The Dairyland Protein Sale is Thursday, October 1, in Janesville, WI at the Rock County Fairgrounds. It will begin at 11:00 a.m. (CDT). The RNS Dispersal is part of the sale that focuses on production in the Jersey breed.